Hey, how do you think the theory of Redshift and the Doppler Effect has increased our understanding of the universe? (1 Comment)

If it was possible to inhabit another planet, would you chose to move there or would you stay on earth??

When will the Halley’s Comet be visible from Earth? (2 Comments)

How does UV light higher the risk of skin cancer? (1 Comment)

@Jenn In Space Is There Any Serious Debris & Were You & Your Team Scared About The Space Debris ?

Do you think that studying microbes will help space tech and clothing in the future A.K.A lighter and more efficient (1 Comment)

can you dream in space?? (3 Comments)

Why does earth have a atmosphere?

would u rather go through a black hole or die? (1 Comment)

whats a parisite i think that how u spell it,because iv wached this flim thats called UGH what is it,…

what is the most devious microbe you have discovered

Has the ISS ever had a near miss it a collision with large space debris or satellites?

Can you see a sunset on the ISS ; if so would it look the same?

ASK the Astro Support Team any questions you have about science.

CHAT with the Astro Support Team in a 30 minute long text chat booked by your teacher.

VOTE for your favourite Astro Support Team member to win a £500 prize to spend on communicating more science.

In orbit around the Earth,  you’re weightless. You’re free to swan around the International Space Station like a flying superhero, no doubt regularly recreating the scene from The Simpsons where Homer majestically eats all the loose crisps in the space shuttle.

Or at least, that’s how it feels. In fact, you’re falling. It’s just that you and the ISS are travelling so fast sideways around the earth at the same time that you never get to hit the ground. Imagine throwing a ball as far as you can, eventually the Earth will get in the way. In the ISS that never happens, instead you fall with the station forever in a great loop 250 miles above your home planet 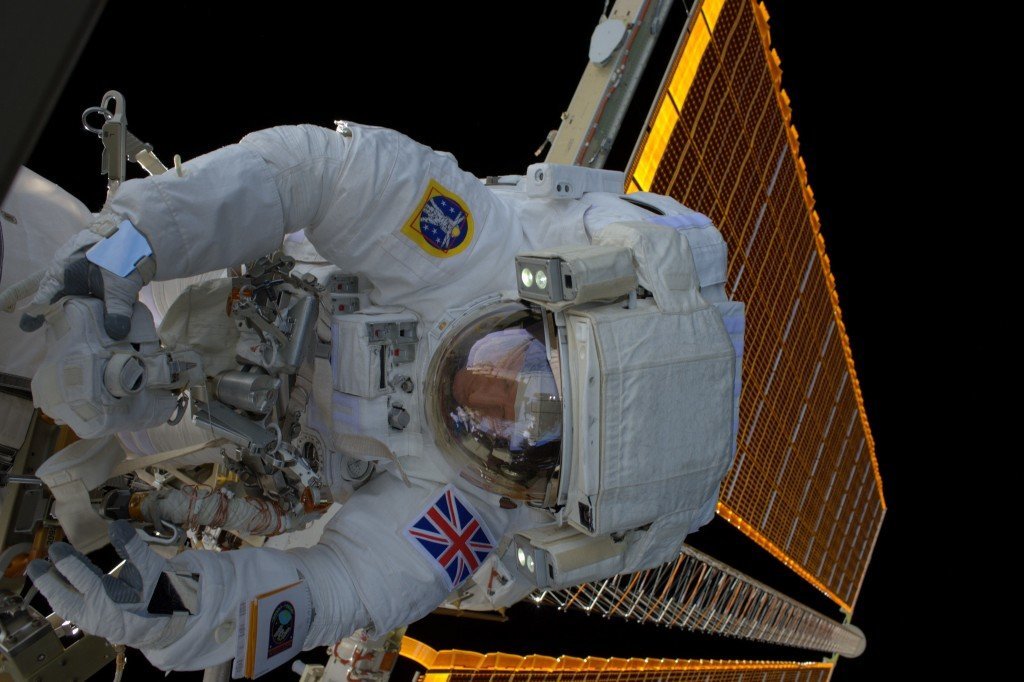 Tim steps outside the ISS, is disappointed by lack of fresh air | Image: ESA

And as you float, you can do more than gobble tortilla bread hands-free (to avoid dangerous crumbs) and mess with water globules. There’s important work to do for Tim whilst he’s in orbit. This microgravity environment is perfect for carrying out experiments that we can’t do on Earth and for testing how the human body copes without the strain of gravity. You can even go outside on an EVA (Extra Vehicular Activity), with just a suit between you and the inhospitable conditions around you.

In this zone you’ll meet an engineer who’s designed robotic systems for Tim Peake to test out whilst in space, a scientist who has bacteria bolted to the outside of the space station, a doctor in Antarctica working out how the body survives in extreme conditions like Mars and an ESA instructor who taught Tim what he needed to know to become an astronaut.